As Juwon’s previous blog notes, Fela Sowande is regarded as a ‘principal inspirational figure’ in modern Nigerian Art Music. He is recognised as a pioneer in creating compositions within the idiom of European classical music that purposefully incorporate modal harmonies, rhythmic patterns and folklore from traditional Yoruba culture.

Sowande’s efforts to fuse Western and African cultural elements are aptly described by Bode Omojola as ‘an unfolding solution-finding process motivated by the challenges of coming to terms with the realities of colonialism’ (Omojola, 2009, p.30). The objective that Sowande set himself was to promote a spiritual and cultural attitude to Nigerian Art Music that celebrates its distinctive features and remains responsive to belonging to one human family.

Nowhere was this realised more than in Sowande’s Folk Symphony, the location of its premiere, and the audience’s response.

The Folk Symphony was commissioned specifically to mark Nigeria’s independence in 1960. Yoruba songs and dance elements inform the structural style of the symphony. It is regarded by some as the most notable orchestral work by an African composer. However, it could not be performed in Nigeria as there was no orchestra to play it. The British conductor, Sir Charles Groves, was drawn by the qualities of Sowande’s music. An appreciation that resulted in the Folk Symphony being premiered in Bournemouth on October 27, 1960 by the Bournemouth Symphony Orchestra conducted by Sir Charles himself. 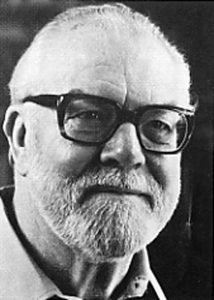 The enthusiasm of Charles Groves permeated through the audience. As the following extract describes:

A newspaper report of that concert (Wright 1960) presents a report of the enthusiastic reception given to Sowande’s symphony by the Bournemouth audience:

“Not often nowadays does an audience which has just heard the first concert performance of a new symphony disperse humming tunes from it, as did last night’s Winter Gardens audience; not often is such a work received with cheers as was a Folk Symphony by the Nigerian composer Fela Sowande after the Bournemouth Symphony Orchestra had played it. This remarkable reception stamped Mr. Sowande at once as having a capacity to communicate directly to his audience, which few modern composers possess.” (from Omojola, 2009, p.37)

Who could have predicted this series of events? What makes this story doubly significant to the theme of a ‘solution-finding process’ is that domestic race relations in Britain during the late 1950s and early 1960s were marked by rising racial tensions. The ‘race riots’ in Nottingham and Notting Hill in London, rising unemployment, and tighter immigration controls are seen as defining features of that time. What Sowande’s Folk Symphony and its reception in Bournemouth proved was that there were other sensibilities of the British population that could be tapped into.

We will be seeking to emulate the ‘solution-finding process’ in the choir workshops for Singing Cultures. Participants will be invited to reflect on the cultural reciprocity’ within the music of Nigerian composers and share their own experiences and aspirations for living in multicultural Britain. Key themes will provide the basis for the choir to create original pieces with compositional guidance from Juwon. We anticipate the outcomes will be invigorating and inspiring.

Bilkis is a consultant and researcher with particular interest in how people negotiate cultural identity and interethnic relations. She has led projects to promote diversity and inclusion at local and national levels. Bilkis has also published essays on race and cultural relations in Britain.

How can you leave feedback?
We would love to hear your comments and views. You can do this by leaving a message below.