Phase 1 of Singing Cultures focussed on the music and life of Fela Sowande who is regarded as a principle figure in the development of Nigerian Classical Music. To establish Sowande’s legacy, reference was also made to other Nigerian composers who are regarded as the third generation of Nigerian composers such as Akin Euba; Joy Lo-Bamijoko: Ayo Bankole and Joshua Uzoigwe. It is hoped the cultural and creative outputs of these composers will feature more prominently in future stages of Singing Cultures. 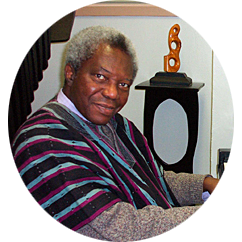 Akin Euba (1935- ) received his first piano lessons from his father in 1943 and then began private lessons with Major J.G.C Allen, a senior civil servant in the colonial administration. Through Major Allen’s influence Euba received a government scholarship to attend Trinity College of Music London in the 1950s where he studied composition with Arnold Cooke and obtained diplomas in composition and piano. Later he studied ethnomusicology at the University of California, Los Angeles, and the University of Ghana, where he received his Ph.D. in 1974.

Euba is well-known for his piano compositions such as Impressions from an Akwete Cloth, Saturday Night at Caban Bamboo, Tortoise and the Speaking Cloth, Four Pieces from Oyo Calabashes, and Scenes from Traditional Life.

Euba has composed for virtually all the music media: opera, piano, choral, vocal solo, and orchestra. Some of his works include Olurombi for Symphony Orchestra; Legend for Violin, Horn, Piano and Percussion; Ice Cubes for Strings; Chaka: An Opera in Two Chants; and Bethlehem: An African Opera for Soloists, Chorus, Dancers, Rock Ensemble and African Instruments.

(extracts from Akin Euba by Joshua Uzoigwe, 1992; and Nigerian Art Music Composers by Godwin Sadoh in Journal of African Music and Popular Culture 2007, 23:20) 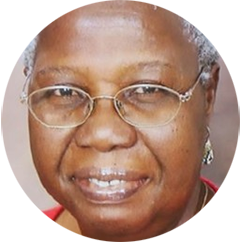 Joy Nwosu Lo-Bamijoko (1940- ) is recognised more as a singer than composer. She was introduced to music at home. Her father was a Faith Tabernacle Church Pastor, an organist and a baritone singer, while her mother sang alto in the same church choir. Between 1958 and 1961, Joy attended the Holy Rosary College, Enugu, where she obtained the Grade II Teacher’s Certificate upon graduation.

While at Holy Rosary College Joy represented her school in festivals and won many first place prizes. At this tender age, she had already started assuming prominent roles in operatic works. For instance, she was Nanki Poo in the Mikado by W. S. Gilbert and Sir Arthur Sullivan, performed at the Holy Rosary College to celebrate Nigeria’s independence in 1960. Her brilliant performance motivated the Holy Rosary Sisters to offer her a scholarship to study music at the Royal College of Music, Dublin. The Eastern Nigerian Government overturned this scholarship offer and awarded their own scholarship to send Joy to study in Rome. Their fear was that the Holy Sisters wanted to use their scholarship to encourage Joy into the Sisterhood.

On her return to Nigeria in 1972, Joy was appointed to the position of Producer of Music Programs at the Nigerian Broadcasting Corporation (NBC), Lagos. She then became Music Lecturer at the Department of Music, University of Lagos in 1975. Her career activities in Nigeria included recitals, full stage performances and concerts, radio and television broadcasting, radio and television performances and concert tours.

Joy was Head of the Music Department at the University of Lagos from 1986 to 1987. She was Head of the Music Unit of the Center for Cultural Studies, University of Lagos, from 1989 to 1992 where she taught several courses including voice, piano, fundamentals for music literacy, African music, choral music, stage production and movement (dance). Some of her former students who are still very active today are Funmilayo Boamah (soprano, music educator, music entrepreneur, and choral conductor) and Ayo Bankole jr. (pianist, organist, composer, and music entrepreneur), son of the famous late Ayo Bankole sr.

(extracts from Joy Nwosu Lo-Bamijoko: The Saga of a Nigerian Ethnomusicologist by Godwin Sadoh, 2012) 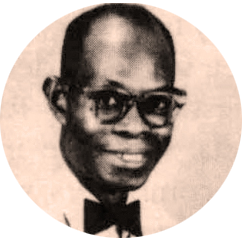 Fela Sowande is recognised as the most distinguished and internationally successful African composer of classical music and often referred to as the ‘father’ of modern Nigerian Art Music. He composed over 70 works for organ, piano, orchestra, ensembles, choir and solo voice.

Sowande was born on 29th May 1905, in Abeokuta, Nigeria. Like many African composers his early introduction to music was through the church. His father, Emmanuel Sowande, was a priest and key figure in the development of ‘Nigerian church music’.

Fela Sowande’s schooling was in Lagos at CMS Grammar school and later Kings College. He was a choirboy at Christ Church Cathedral, Lagos where he studied organ under the choir’s director Thomas Ekundayo Phillips. Under Phillips he was exposed to the works of Bach, Rheinberger and other European Classical composers. As Phillips also promoted indigenous Nigerian music and Yoruba experimental compositions Sowande’s early exposure to music was eclectic. He was also exposed to highlife and jazz which had begun to make their mark in Lagos’ music culture. Later he came into contact with African-American gospel music and negro spirituals. All these different musical styles and cultures influenced his approach to music-making and output as a composer.

He moved to London in 1934 to study civil engineering but soon gained regular employment as a musician. In the 30s, 40s and 50s he became a well-known figure on London’s music scene in particular through his association with Adelaide Hall. He was Hall’s piano accompanist and a regular performer at her Florida Club. A number of African Americans visiting London became his friends including Paul Robeson and Fats Waller with whom he was a duo-pianist. He also played on recordings by Vera Lynn.

As his music career flourished he enrolled and obtained a Bachelor of Music from the University of London, and later became a Fellow of Trinity College of Music. He studied organ privately under Edmund Rubbra, George Oldroyd, and George Cunningham. His skills and success earned him a number of awards including the Limpus, Harding and Read prizes and a Fellow of the Royal College of Organist (the highest British qualification for organ playing).

During World War II Sowande enlisted in the RAF as a bug private. He had a call from Lord Mountbatten who had been made aware of Sowande’s music talents and wanted him to play at an event. The initial call and tone from Mountbatten was authoritative resulting in Sowande putting the phone down. Mountbatten called him back in a more conciliatory tone inviting him to a personal meeting at which Mountbatten gave Sowande his swagger stick as a kind of apology! Sowande performed at the event and not long after was relieved of his RAF duties so he could take up post with the BBC as the Director of the Colonial Film Unit.

Sowande was also a theatre organist for the BBC and presented several BBC lectures titled ‘West African Music and the Possibilities of Its Development’. These lectures, which he recorded in both English and Yoruba, describe how melodies and ryhthms from other cultures can be successfully integrated into compositions in the European idiom.

From 1945 and 1952 he was a renowned organist and choirmaster at the West London Mission of the Methodist Church. At this time he wrote many organ compositions such as Yoruba Lament, Obangiji, Kyrie, Gloria, Jesu Olugbala, and Oba Aba Ke Pe. Most of these show a strong influence of Anglican Church music combined with Yoruba pentatonic melodies and / or African-American negro spirituals.

His orchestral works include Six Sketches for Full Orchestra, A Folk Symphony, and, perhaps the most well-known African Suite for string orchestra. In Canada the popular CBC programme ‘Gilmour’s Albums’ adopted the final movement of African Suite as its theme tune and is now a Canadian orchestral standard.

In 1953 Sowande returned to Nigeria to take up post as Head of Music at the Nigerian Broadcasting Corporation and later the University of Ibadan. His output as a composer lessened at this time as he delved into researching and recording traditional music of rural Nigeria as well as learning about Ifa – the oracle of the Yoruba religion. He took much from this research that informed his engagement with both classical music and christianity, remaining connected to both whilst breaking down their ‘colonial connections’.

In 1960 Sowande wrote The Folk Symphony for Nigeria’s Independence celebrations which was premiered by the Bournemouth Symphony Orchestra as there was no symphony orchestra in Nigeria.

Queen Elizabeth II awarded him an MBE in 1956 for his services to music.
In 1968 he was given Nigeria’s Traditional Chieftancy Award.

He moved to the US in 1968 to take up academic posts first at Howard University in Washington, D.C., then the University of Pittsburgh, and lastly Kent State University, Ohio. During this time he wrote a number of papers and manuscripts which he drew upon in his teachings. He remained widely respected amongst musicians and was a huge influence on individuals like
John Coltrane who is reported to have identified Sowande as ‘changing his life and outlook’.

Sowande’s life and music was devoted to a process of cultural reciprocity and working towards a ‘common humanity’. He died on 13th March 1987 in Ravenna, Ohio at the age of 82. A memorial service was held at St. James Episcopal Church in New York on 3rd May 1987. Eugene Hancock performed Sowande’s Bury Me Eas’ or Wes’ (written in the style of a negro spiritual) something that Sowande himself had requested. 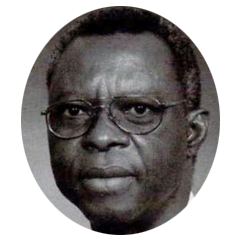 Joshua Uzoigwe (1946-2005) sang as a child in a local choir and received his first formal music lessons in 1960 at Kings College in Lagos. He went on to study music at the International School Ibadan where he came to know and perform the works of prominent Nigerian musicians such as Fela Sowande, Ayo Bankole and Akin Euba. He received advanced training at the University of Nigeria, Nsukka (1970-1973), Guildhall School of Music and Drama, London (1973-1977), and the Queen’s University, Belfast, where he earned his Ph.D. in ethnomusicology in 1981. He returned to Nigeria after his musical training in England and Ireland.

While in Nigeria, he taught at the Obafemi Awolowo University, Ile-Ife, the University of Nigeria, Nsukka, and the University of Uyo, where he was an Associate Professor and Head of the Department of Music for several years. He composed for chamber and orchestra, but is more famous for his tuneful solo songs and virtuosic piano pieces. Uzoigwe’s research into the traditional music of the Igbo, in particular Ukom music, can be clearly observed in his piano works. In these piano pieces, he uses diverse twentieth century pitch collections such as octatonic scale, atonality and the twelve-tone row method to evoke nuances of Igbo music and creative procedures. Some of his famous songs and piano pieces are Four Igbo Songs for Mezzo Soprano and Piano, Nigerian Dances for Piano and the Talking Drum for Piano. 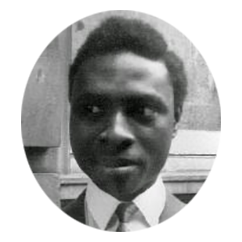 Ayo Bankole (1935-1976) was born to musical parents. His father was principal organist of St. Peter’s Church, Faji and his mother taught music at Queen’s School, Ede. Ayo left for London in 1957 to study music at the Guildhall School of Music and Drama. He was an extremely popular student and soon got together a choir comprising fellow students giving performances of his compositions, many of them in the Yoruba language. Bankole moved on to Cambridge University where he was the recipient of the organ scholarship of Clare College (the first Nigerian to achieve this double distinction). After graduating from Cambridge, Ayo received a Rockefeller Foundation Fellowship which took him to the University of California, Los Angeles. He returned to Nigeria where he briefly worked at the Federal Radio Corporation of Nigeria before his appointment as music lecturer at the University of Lagos.

Bankole’s upbringing in the Christian faith had a remarkable impact on his compositional outputs. He composed mostly sacred music for worship in the church, but he wrote some of the most beautiful secular music as well. Among his notable works are Toccata and Fugue for Organ, Three Toccatas for Organ, Organ Symphonia for Drums, Trumpets, and Trombone, English Winter Birds for Piano, Sonata No. 2: The Passion for Piano, Nigerian Suite for Piano and the Fugal Dance for Piano.